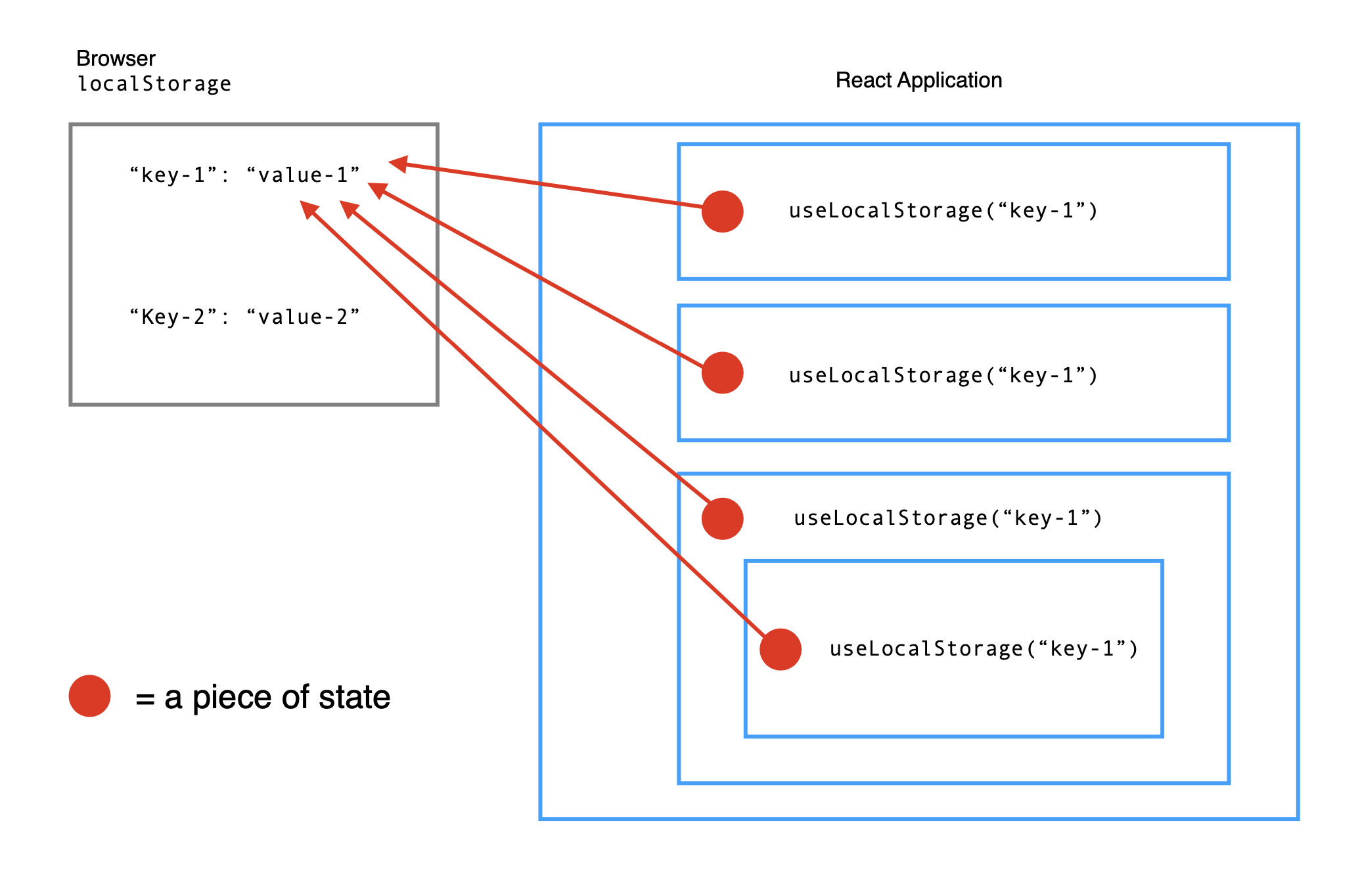 Initially I was using the swr JavaScript library (named after the stale-while-revalidate pattern) only for HTTP caching, and then I came to the realisation that swr is so much more cool and general purpose to only be a library for caching HTTP requests. So I got the idea to write a useLocalStorage implementation which has a more optimal behaviour using the swr library and here's the result:

The new useLocalStorage has the same API, but:

All of this means that the performance and the robustness of the UI is going to be improved. 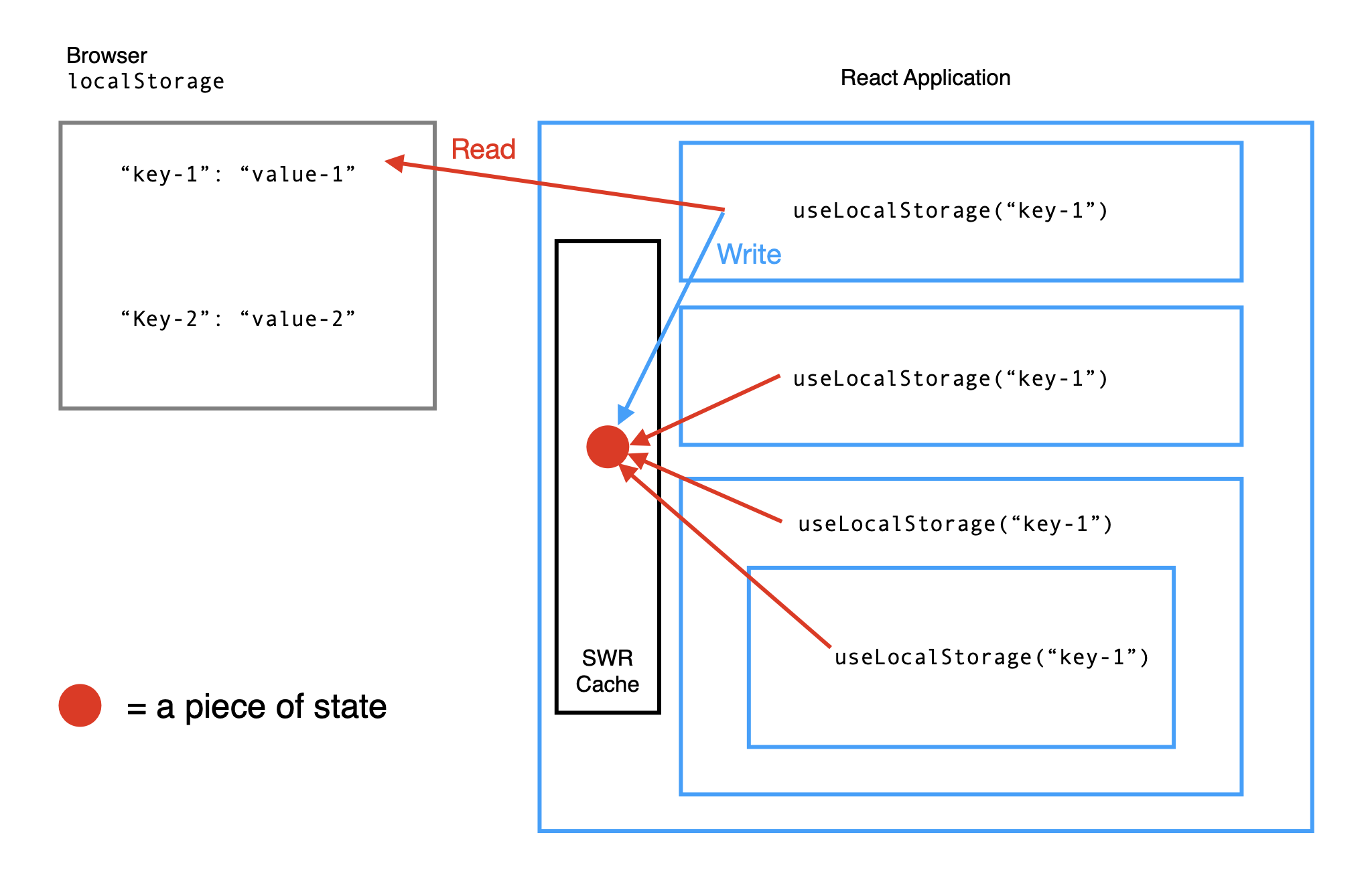 After implementing this version of the useLocalStorage hook I wasn't surprised to discover that others have attempted to do the same. Most notably the zydalabs/swr-internal-state library contains a slightly different implementation of useLocalStorage using swr.